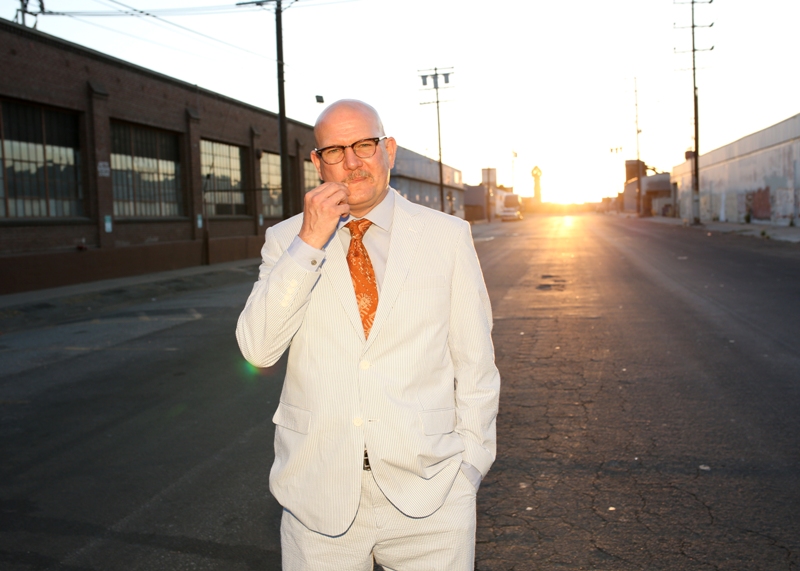 Down the Line’s intrepid reporter Doug Peterson was able to connect with Frank Lenz to get some answers to questions about Lenz’s past, present, and future. Be sure to also read Peterson’s review of Lenz’s new  album Pyramid – out now on Velvet Blue Music!

Doug Peterson: You began drumming at an early age. Was there a time or an album project which you feel you came into your own element or your own style of playing?

Frank Lenz: I’ve always been very conscious of the style and sound of my playing even at an early age. I would say I had a decent idea of a personalized sound and feel when I started playing on worship records in the early 90’s and got more refined during the Lassie Foundation and Starflyer recordings. Probably the most “frank lenz” sounding drumming is on the Headphones record and early Richard Swift recordings.

My favorite memories are making records in a super gross practice studio in Orange,  California, Andy Pricket’s parents living room and being creative with some of the most creative dudes I’ve known. I also have a memory of us playing at a bowling alley in Long Beach where the promoter shafted us so we decided to play one 20 minute version of one of our songs… Can’t remember which one but it was fun and deeply satisfying.

I read in an interview that you were working with Gene Eugene when he passed away. I was like, Holy Sh-t, that would be heavy. What project was being worked on then? How were you involved?

We were working on a Nick Garrisi recording. It’s still a bit too much of a bummer to discuss so I’ll leave it at that.

You played on two Starflyer 59 albums. Those of us who have followed SF59, that seems like such a benchmark. Were the studio times focused and well-tuned? Were there areas of improvision and flexibility to interpret the songs with your own unique signature?

Total flexibility. We had toured together as that band for a bit, so we were pretty comfortable with each other and letting people do their thing. It was a focused environment with not a lot of distractions. On Old I remember Jason having an overall sound in his head so we would have short discussions and just play. Portuguese Blues was another where Jason had a real clear sound he was going for and he engineered that drum sound himself, one of my favorites! On Talking Voice VS Singing Voice that was mostly Jason and I doing things on our own and meeting to put stuff together.

I loved The Headphones album. I only wish there were more songs. How would you describe your contributions on that project?  Say more.

I love that record! I wish I had better memories surrounding that time but unfortunately that great record was made at a sh-tty time in my personal life, so the memories are quite bittersweet.

Dave Bazan is truly one of my favorite singer/songwriters ever and T.W. Walsh so underrated that it’s f-cking criminal.

How did you connect with Richard Swift and what were your collaborations like with him?

Richard and I met while I was drumming on his first recording, he was young and talented and figuring himself out. We made his next record together and eventually made a deal with the record label to buy me a Pro Tools set up and we started recording often and with great intensity. Most days were long with each of us (and Elijah Thomson the third member of our trio) taking turns at the helm. It was the most creative I’ve ever been and that spark has stayed with me to this day.

The last time I saw you play live was with Damien Jurado when you came up to Vancouver about three years ago. There was a moment in the show when it seemed Damien was conjuring up a Jim Morrison-like impromptu segue in a song. I looked around and the audience was not lost to the fact that something special was happening. Is there a “letting go” approach that appeals to you, or does it happen on a hit or miss basis?

It’s basically on a hit or miss basis like dating, there’s either an attraction or not. If you can connect with anyone on the bandstand, you’re lucky. In the case of Damien I’d follow that guy off a cliff. He’s amazing. The longer you play, you should find yourself in the company of musicians you can more easily groove with. That’s the idea anyway. When you’re locked in with an entire band and everyone’s on the same page, you’re unstoppable and it’s the best thing about being a musician.

When you began playing with bands, most of the ones I knew about were faith-based i.e. Fold Zandura, SF59, Morella’s Forest, Mike Knott, etc.  Was that something that resonated with you then?  How does that play out with you now?

I turned to religion when I was in junior high to help find some peace at home. I was aware of the Christian music scene and went to a few shows so when I was asked to join a Christian band I said yes. At that time, I was affiliated with what would now be considered the evangelical segment of American Christianity and believed most of its tenants. I no longer am or consider myself a Christian or any other religious type. I suppose I’d have to label myself an agnostic… who knows what is running the show or if there’s even a show to run.

If you were stranded on a desert island and you had to take three albums with you, what three would you grab?

Holy Rollers was an intriguing soundtrack. How did you get involved with this project, and what was it about the movie that appealed to you?

What a fun movie! I had worked with the producer on a previous doc called Strictly Background and he asked if I’d help with the music. I loved the subject matter and any chance to work on a film I’ll take! So much fun and I like the pressure of having to turn in things on time and on budget!!!

On the new album Pyramid what synthesizers did you use to record this? Also, from “Metratonix” to “Ohm My God,” you go from a 90s rock vibes to dark ambient. What is the soundtrack you want to create here?

Pyramid was played on:

Juno-106, Korg MS-20, Arturio Microbrute, and Critter And Guitari Pocket Piano. Along with Hammond M-111 Organ (which in any regard is an analog synthesizer). My guide to this record started with synth sounds, every inspiration came from the instrument I was farting around on, trying to be patient and find the right sound and accompanying harmonic structure that would keep the mood in line with the sound and build from there. I wanted the record to have expanse without too much melody or hook, a record to listen to and not play in the background.

Who would you like to collaborate with on future albums?

I’d love to work with someone who’s into modular synths, that would be fun!!