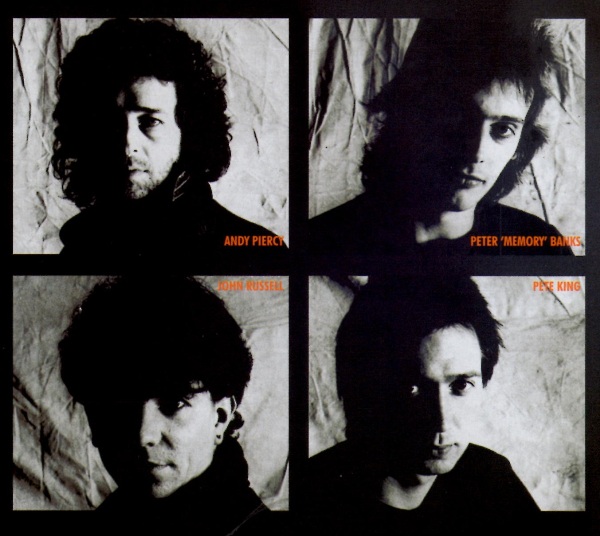 The conception of the band name, After the Fire, came from an Old Testament verse. Presumably, that verse is I KINGS 19:12, “And after the earthquake a fire; but the LORD was not in the fire: and after the fire a still small voice.” It’s a powerful verse with much to contemplate.

After the Fire started in 1971, influenced by prog-rock bands of the 1960s such as Yes and Electric Light Orchestra. The band’s first iteration counted all committed Christians as members, intending to find a niche in the mainstream music industry while expressing their deeply-held religious views. This early formation consisted of Peter “Memory” Banks on keyboard (not the same Peter Banks as the late keyboardist from Genesis), John Leach on bass, and Ian Adamson’s drums filling out the trio.

This version folded after a year, in December 1972. Peter joined a band called Narnia where he met future ATF member, John Russell. In ’74, Banks left Narnia (the band, not the land). Ian Adamson and Peter Banks began to reinvigorate After the Fire in 1975. They held auditions for guitarists and settled on Andy Piercy from the duo Ishmael and Andy. The Piercy/Banks songwriting partnership formed in this inclusion. Bass player Robin Childs joined in ’75. ATF performed around England, building a following from shows played in clubs, pubs, and other venues.

This sound coalesced in the 1978 debut 4-song EP, Signs of Change. Limited to 4,000 copies, the Rapid Records label initially distributed Change only through mail order, later providing it to one-stop distributors. Change received some positive feedback and attention for ATF.

After the exit of Nick Battle, Andy Piercy moved to bass while John Russell took up the guitar in ATF. Following this, the direction shifted from prog rock to a more pop sound. This quickly attracted a contract with CBS records. Laser Love became ATF’s second album, leading to a more aggressive rock and roll presentation in live shows. The subsequent single from the album, “One Rule For You,” attained the 40th position in UK single charts. Two following singles from Laser Love, “Life in the City” and “Laser Love,” failed to show. The band went on a sold-out 40 date tour which began with an appearance on TV for the Old Grey Whistle Test.

ATF recorded their follow-up album, 80F, yet CBS rejected it. Former member of the band Flys, Pete King, became the replacement drummer. The band re-recorded the 80F album with Mack, Queen, and ELO’s producer. This time, CBS accepted 80F. The album did not chart with its offspring singles, “Love Will Always Make You Cry” and “Wild West Show,” yet it found warm reception in Germany. So much so that the instrumental, “1980-F,” became used by the Bayern Munich Football Club and a German TV show.

After moving to Mack’s hometown in Germany, ATF recorded and released their Batteries Not Included album in 1981. Batteries would be their last studio album, and showed great potential in the band, unfortunately never realized.

They returned to the UK in ’81. 1982 would prove a busy year for the band while promoting Batteries and touring. The single, “Rich Boys,” again failed to appear on charts. “Frozen Rivers” did well in London as a single. Unfortunately, this did not convert to adequate support through sales. Notably, ATF shared a live event with U2 and toured the U.S. with Van Halen. An injury to lead man, Eddie Van Halen, cut the tour short. This came only after ATF played 51 shows to over a million show attendees.

After the Fire toured with ELO and Queen, with Pete King filling in for drummer Bev Bevan of ELO when the latter took ill. During this time, ATF recorded with producer John Eden. The outgrowth of this included a version of “Starflight” as well as their biggest hit, a cover of Falco’s “Der Kommissar.” CBS accepted the demo tracks for their next studio album and things looked promising for ATF.

The collection of previous material, released as the album Der Kommissar, performed well. As a single, “Der Kommissar” showed remarkable chart strength and airplay. Unfortunately, all this proved inadequate to cover their struggling finances. At the peak of their success, After the Fire found it necessary to put a stop to their burgeoning career. Despite CBS making efforts to encourage the band to return, After the Fire could not manage to overcome the powerful reasons for making a break of it.

The great loss felt by its members as well as fans is pronounced. Peter “Memory” Banks is a genius at synthesis. The same goes for Pete King, who sadly passed away from cancer in 1987 after Banks formed a short-lived project called Zipcodes. John Russell joined Press Any Key before leaving the music industry entirely. Andy Piercy went into music production and developed a solo career.

Luckily, this was not to be the end of After the Fire. In 1999, they returned to London to play a show celebrating Peter Banks’s birthday. Enthusiasm from a fan-driven movement convinced Peter Banks and John Russell to reform the band, sans Pete King and Andy Piercy, the latter being unavailable. The resurrected band appeared at a fan club convention, continuing on to perform at Greenbelt festival in 2004 and 2005. They are still active, occasionally playing shows. Their website shows many shows played up to 2013, as well as featuring ATF-related material, including the 1980-F demos, presumably the first version before it was re-recorded and picked up by CBS. Their Facebook page has current information on After the Fire’s activities. 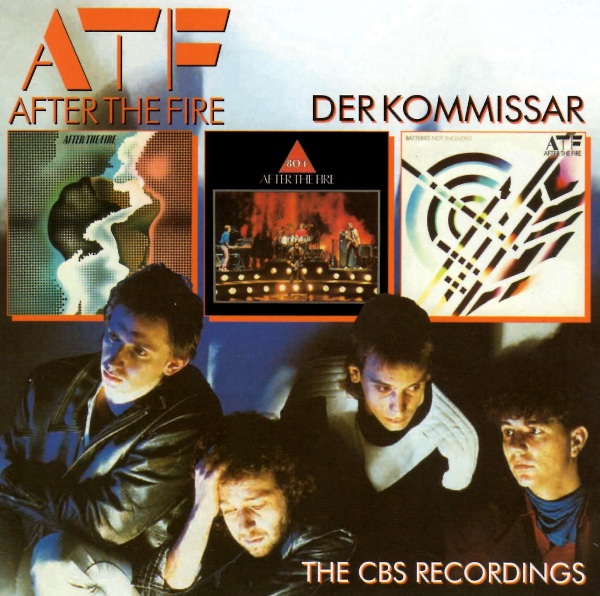