Several years ago, a group of people set out to archive the fading world of the Christian Tape Underground. Building on the work of pioneers like Jeani Bond and Dan Kennedy, our goal was to catalog the various weird and wonderful recordings that most people had never heard of. We would digitize tapes, share copies of mp3s (to make sure there were plenty spread around the world), and somehow create an online data source for these efforts. When I became one of the people that was allowed to digitize and archive these treasures, the Christian Underground Encyclopedia was born.

We archive anything that was “underground” from the 80s or 90s – mostly tapes,  but also vinyl and CDs. Stylistically, we cover everything from alternative to punk to rap to metal to industrial to experimental. There are two parts to this project: The Underground Encyclopedia itself and the blog where I review the tapes as I digitize them. Every once in a while I find one that rises above the rest. So I decided to feature some in a column in the zine. So this month I bring you: 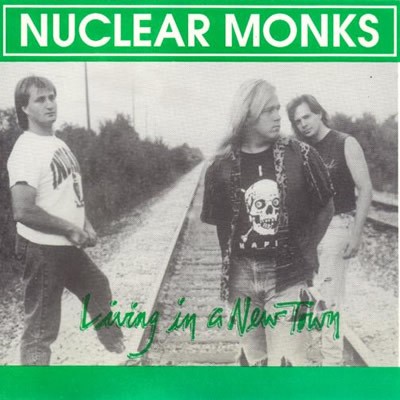 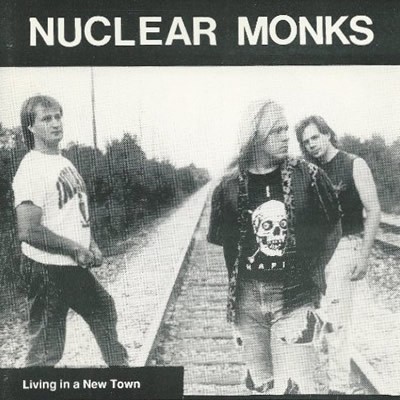 Nuclear Monks. Did they form a monastery in Chernobyl? Are they a new religious order in the world of Mad Max? It’s an intriguing name for an even more interesting album.

Originally I saw the tape of this on eBay, but after digging around, I found out that it was also released on CD (with two different covers). You can probably poke around for a copy as well. So since it sounds so interesting, I took a chance. I am glad I did. Nuclear Monks basically falls into the alternative rock / gothic rock tag. To be honest, they could have easily fit in with Sincerely Paul, Black Carnation, and Tribe of Dan on the Blonde Vinyl Records label. There is a slight influence of Sonic Temple-era The Cult here and there, along with The Alarm as well.

As you move deeper into the CD, the harder rock influences from late-80s The Cult drop off, and the band starts sounding like a more alternative/goth mixture of The Stand, Brighton, The Cry, etc. But they don’t stay there forever – when you get to the final song “Real,” they come roaring back with their hard rock/alt/goth sound.

You can dig around a bit and find a few interesting tidbits about the band as well. The best one being a live video on YouTube when they opened up for the Newsboys and the Walter Eugenes. From the video, I can tell you the guy on the left in the cover shot is the guitarist Kenny Johnson, and he is wearing an Indiana shirt because that is where the band is from. The guy on the right is the lead vocalist and bass guitar player Scott Hudnall. He is also the primary songwriter. The guy in the middle is the drummer and background vocalist Mark Clark (interesting to note that Clark is wearing a Die Happy t-shirt that Roger Martinez of Vengeance Rising fame used to wear a lot).

All in all, this appears to be another alternative rock hidden treasure along the lines of Octover – should have been snatched up by some label, but never was it seems. I’m not sure what is up with the two different covers above other than being different editions – they seem to have the same release date and tracks on them otherwise.