Bill Mallonee – The Power & the Glory 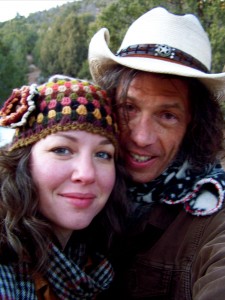 The Power & the Glory

I have always made a point to cover every Bill
Mallonee release that I can. Bill is without a doubt one of the most prolific artists
around, and his music is a rarity, not only in the sense of how much better it
gets through the years, but also how frequent and consistent his output is.
Bill has honed his craft and is one of the real voices for the ‘everyman’ in
this day and age. There is a weighty and meaningful quality to Mallonee’s work;
these aren’t just songs to tap your foot to. These are songs that are sung with
the conviction of salvation and a visceral quality that speaks from a
penetrating perspective. I am always surprised at how consistently good Bill’s
songwriting is, he puts out such a large body of songs that I keep thinking
‘the next one’ won’t be as good, but I am wrong every time. That brings us here
to his latest, The Power & the Glory.

With over 40 albums to his credit, to say that Power
& the Glory is Mallonee’s best would be a bold statement. Having said that,
now hear this… this is definitely Mallonee’s best to date! It is all here on
this album; the quality, the depth, the imagery and lyrical illustration. The
track placement is spot on, from the opening licks of Carolina, Carolina, down
to the howling Ghosts That I Run With, and then straight on through to the
brilliantly and lyrically imaginative track Wide Awake with Orphan Eyes (Mirror
Ball Moon).

This release runs deep with the impressive guitar
work, and while I would say this is jangly and noisy in all the right places,
it is a guitar heavy album that is fluid and not disjointed at all. The guitar
takes center stage but never feels burdensome or overpowering. To take a page
from Mallonee’s book, the guitar is like the conductor that steers this 12 car
train into the station with grace and grand intent. The harmonizing between
Bill and Muriah hits the mark, and on tracks like Just to Feel the Heat (You
Never Told Me Your House Was Haunted) the harmony is  pristine, pure and absolutely accomplished.

These tracks were picked from the various WPA
Volumes that Bill has been releasing every few months for the last 3 years or
so. To hear these songs first in a setting that was more raw and undeveloped
was a plus, because hearing them in this fully evolved environment makes the
listener really appreciate the hard work that has been put into polishing these
diamonds up. After years of slugging it out in the trenches, Bill has dialed in
a process that is yielding his best work, and we are the better for it. Whether
he’s singing/playing to bring attention to social issues like in Keep the Home
Fires Burning, or scratching at the scab of our humanity in Ever Born into This
World, Bill keeps getting better and better with each release.

The travesty here is that too few folks know about
Bill and his work. That is where you, the readers, come in. If everyone reading
this told just two friends about Bill’s work, that could make a dramatic
difference with his career, touring schedule and the best part is that it would
get this fantastic music out into the public. Stop by the download store where
you can get free music, inexpensive music and hard copy disc; but regardless of
the format, Power & the Glory is a career defining album!

2) The Shakers and Movers

3) Just to Feel the Heat

4) From the Beats Down To the Buddha

5) Go To Sleep With the Angels

6) The Ghosts That I Run With

9) Spring In Your Spirit

11) Ever Born Into This World