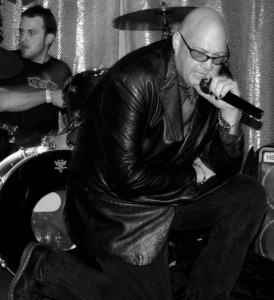 I sat down tonight to work on the next issue of the zine, but something else is bothering me more so I figured I would blog about it, share it to facebook and hopefully people will pass it around. A little backstory… I met Brian Healy through a phone call when I interviewed him some years ago for Down the Line. I liked the guy, loved his music and feel that he made music that no one else was making in the industry. He was pushing buttons, calling a spade a spade, he was funny, serious, well informed, unique and always self deprecating…and he still is! Brian stayed in touch with me and our friendship grew. I finally met him when my wife and I flew out to CA for the Aunt Bettys reunion show, Brian was there and it was great hanging with him. 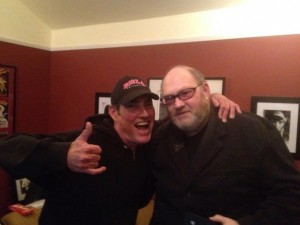 Healy has been a good friend…he calls me and puts up with my slow response to return calls, he checks in on me and my wife because he knows what we’ve been going through, he prays for us and I have grown to sincerely love the guy. He’s one of those rare people who actually care about others and about the greater good. When it comes to his music he always gives credit to the band that plays with him, never taking the spotlight for himself, I’ve heard him say over and over when complimented on his music, “I only stand on the shoulder of giants, they’re the ones that make this music happen.”

Brian has had numerous health issues through the years, numerous…and they’ve been serious. When I first interviewed him I was blown away by what he deals with. As usual he deals with it in his self deprecating manner, but in the serious times you know his main concern is for his family, and he expresses that. As you may or may not know, Brian is in the hospital right now recovering from a stroke. It’s just the latest in a crazy amount of things he and his wife and son have had to deal with.

Let me get to the point…everyone in this industry knows Brian. All the artists we cover know him and heck, most all of them have worked with him. As far as the music goes, I have seen Brian post, post and post some more when it comes to his friends and their Kickstarter campaigns. I have seen him rally his facebook fans to promote concerts for his friends, encouraged people to support his friends in their fundraising endeavors, encouraged people to support his friends when they’re raising money for medical bills, etc. etc. etc. I’ve encouraged Healy numerous times in the past to solicit help from fans and he has always said no…I asked him if Down the Line could do it for him and he said no. He doesn’t like to ask for anything from people. Hell, he doesn’t know I’m writing this and he probably would tell me to shut up if he did know.

I guess it boils down to this…out of sheer necessity for not wanting to let down his friends for work on Kissing Strangers (probably their best album to date!), Brian has asked fans to contribute a small donation to achieve a very meager goal of $2500. Let’s get real, $2500 for funding an album from DAS that includes Healy, Riki Michele, Steve Hindalong, Michael Knott, John Piccari, Gym Nicholson, Ojo Taylor, Ric Alba, Marc Plainguet and Derri Daugherty is a small amount. I know times are tough, life is tough and more folks are struggling than ever before. I want to encourage people to dig deep and help this project. I want to ask Healy’s friends in the music community to post this project to their social media sites and ask their fans and supporters for help. There are people blowing past goals of 10k and 20k Kickstarter campaigns, why can we not reach the $2500 he needs…and it’s not for him personally, it’s so he pays the folks who have worked so hard on this record. 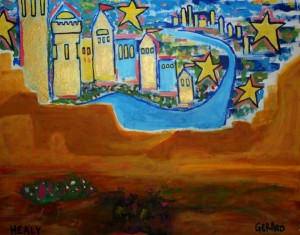 Let’s make it happen for our friend while he recovers in the hospital. I know money is tough, and those who can spend money have 10 other Kickstarters going on at the same time. If you can’t support financially, then help spread the word through social media…post it to facebook, tag your friends. It’s an achievable goal that can be reached!

I’m starting to sell off CD’s and records on facebook and will contribute the money from those sales to this. I just posted some 77’s records. My facebook link is: https://www.facebook.com/steve.ruff.71 Add me as a friend, check back daily for more posts and no reasonable offer will be refused…every post says OBO (or best offer). If you want to contribute to the album directly, the link is here: https://www.facebook.com/FrntlnRcrds/events That is the direct link to read about the album and donate. Please share this and help the cause!

Thanks for taking the time to listen, and as Brian would say…”Grace and Peace to you” 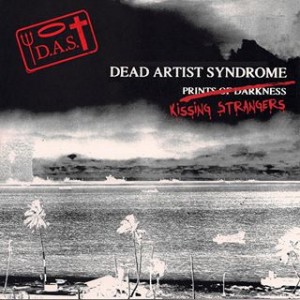