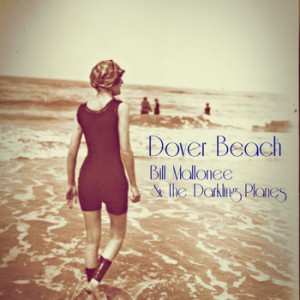 I know we posted to the facebook page about Bill Mallonee’s new pre-order album Dover Beach, but I have to push it a bit further…there are 2 pre-mastered songs up for your listening pleasure via his bandcamp page. I was listening to some of the music from my younger days last night, stuff that reminds me of where I was born… Athens, GA. I lived there until I was in 4th grade…went back to visit all the way into my late teens, maybe my early 20’s. There were 3 bands that encapsulate the Athens scene to me, they were Vigilantes of Love, Drivin N Cryin and Guadalcanal Diary. Those were my favorite bands from Athens, while the majority of folks latched onto REM and The B-52’s, I was soaking up the fusion of good ol’ punk rock (like The Clash), mixed with folksy Americana music influenced by Cash and Neil Young. Another worthy mention as well is PYLON, but my real point is that when Bill Mallonee came across my radar, he opened up my ears to some of the best records that I have ever heard.

The Vigilantes of Love Killing Floor was my first Mallonee purchase, and then it was the couple of records prior, and the entire catalog ever since. Bill is one of those artists that I believe become stronger and more distinct when they strike out on the solo path. After disbanding the Vigilantes a long time ago, his music has become one of the soundtracks to my life, his writing has never sounded better, his lyrical reflections that straddle the earth and the sky have become much more intense and personal, and his output of quality work is unmatched by anyone. Mallonee’s ability to convey his life experience in such a relatable way is part of the magic of his art, his ability to bottle the essence and spirit of the everyday man is remarkable, and the deeply emotional images that his dusty tales paint in my mind are the kind of stuff that bolster me on most days. He is one of my top 3 favorite artists of all time, and I wish more people could hear him and his music…spread the word!