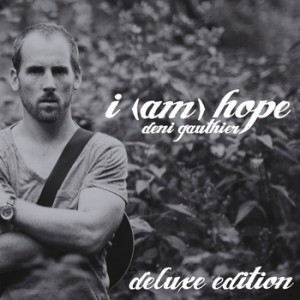 So this album has been out for a while, and Gauthier is already working on another. But Gauthieris a fan of Michael Knott and many of the bands we cover here, so you need to know about his music. Gauthierplays a slightly amped-up rock/pop version of singer/songwriter music. I know that there are a billion people out there that are doing that, but few have that special something that makes you pay attention. Gauthieris one of those people. I don’t know how to describe it, but there is just that spark that sets the good apart from the mediocre. Go listen to his songs on BandCamp to see if you agree. There are two versions of this album, regular and deluxe. The difference in price is about 2 Canadian dollars, but you get 6 different demo versions and b-sides for that measly $2.10 or whatever the conversion rate comes out to be. So, yeah I would recommend shelling out the extra dough for the extra songs. Keep a look out for his new album that is in the works, and also check out the awesome video for “I Need You” which features artwork inspired by Mr. Knott himself. How I wish that artwork was being sold as a poster.