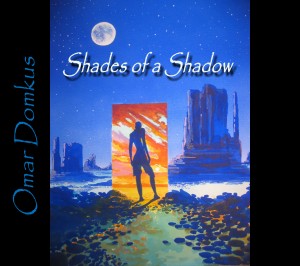 Omar Domkus has crafted a completely unique album that is what I would describe as world music influenced ambience with slight touches of jazz influenced percussion and fretless bass driven goodness. The entire album is relaxing and restful. Domkus sounds as if he’s just having fun and really putting his heart and his soul into Shades of a Shadow. Most of you know Omar as the bassist for the punk-driven, genre-shattering band Scaterd Few that kicked in the doors years ago with his brother Allan Aguirre. This is a far move away from the sounds of Scaterd Few, but it is also a unique view into the artist’s journey of progression as a musician. We can also see where many of these ideas and tunes played a vital role in Scaterd Few’s reggae based punk rock songs that in and of themselves really broke down the rules and roles of which music defined what sound. Allan also pops up on here having written the track “Tiananmen Square” with Omar. This is a great album, honest in its approach and content, and unique to the stuff that we hear in the music world today. If you live in or around the Phoenix area, you should jump at the chance to catch Omar playing live. It is a unique opportunity to catch a soloist who plays exclusively on a fretless bass!