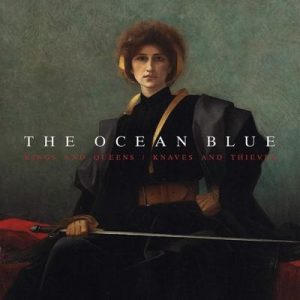 While many thought that The Ocean Blue’s 2013 comeback album Ultramarine was a one-off release, it seems the band had other plans in mind. It took them a good six years to get the next album out, but Kings and Queens / Knaves and Thieves proves that The Ocean Blue still has a lot of momentum to keep going into at least another decade of existence. The title track opens the album with that classic dreamy indie alt rock sound we all love, but with a noticeable touch of growth over their last album. The Ocean Blue are really masters at tapping into the past while reaching for the future. They know how to keep the fans of old happy, while adding something new for those that want growth as well. I see many people picking “Love Doesn’t Make It Easy on Us” as a favorite track, and that is a great pick. It reminds you of the great days of Modern/College Rock while mixing in some modern shoegaze as well. “All the Way Blue” has all of the makings of a future The Ocean Blue classic. I love the way the slightly haunting piano mixes with the bass and electric guitars. Also love the interesting mix of playful and melancholy in “The Limit.” I could give a play-by-play list of what I like about each song, but you should really should check it out for yourself. You can find it on most digital/streaming services, as well as on CD and vinyl as well. I got the vinyl version and that really seems to be best medium for it if you ask me.