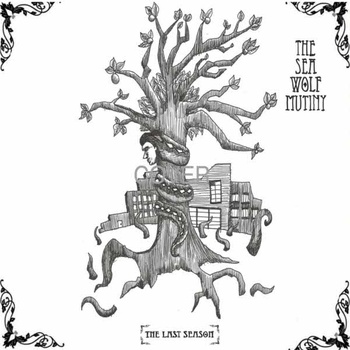 I need to check around and see if members of The Sea Wolf Mutiny have some connection with any Velvet Blue Music artists. I could easily see this band fitting in perfectly with the current bands on the VBM roster. The Mutiny is led by indie, artistic, swirling music capped off by some slightly unique vocals. Bobby Hatfield’s voice is unique enough that he doesn’t sound like everyone else, but not so out there as to become an acquired taste. I see the words ‘indie’ ‘folk’ and ‘post’ throw about a lot with this band. Indie and post I get – but I’m not seeing the folk as much. Not that this is a bad thing – just more of an FYI IMO. Many of the songs on here even remind me slightly of some of the songs off of the new Coldplay album… even though I believe The Last Season came out first. I also appreciate that the guitars and keyboards are well mixed into the overall sound in most songs. Some bands with the same list of influences as The Sea Wolf Mutiny tend to lean heavily on one instrument at the expense of the other. They also have a new three song Christmas ep worth checking out. You can find their music through most of the usual digital channels, but on Bandcamp you can name your price and format.