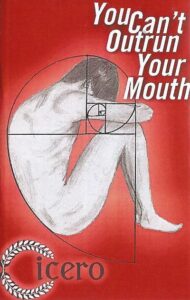 I am blown away by this cassette release from Portland’s Cicero, which have been around since 2007. This is the fun and adventurous indie rock I fell in love with in the 90s. Their BandCamp page says they were “fed from bands such as Sunny Day Real Estate, Mineral, Dear Ephesus, and Clarity era Jimmy Eat World.”  While I think SDRE is in a league of their own, there is a raw yet experienced indie spirit backing this tape that I deeply miss in music from the last couple decades in general.

It appears Paul Hedrick is the longevity member of the band, though you also have Michael Bloodgood’s (R.I.P.) son Brian on bass (the apple does not fall far from the tree), and guest appearances from Greg Dimik (of Empty Tomb, Crux, and Gov’t Hate Mail fame) and Evan Way (who released an excellent worshipful CD awhile back). Not a lot of info on this band online, so apologies for not giving credit where it is due.

The emo influences are definitely present from the second one hits the play button. Wild energy builds on some songs, much in the way I recall in bands like Mineral or Live. It is indeed an artform to keep the listener in suspense of elevated energy building up, and Cicero manages this well.

One thing I would have liked is if the lyrics could have been included. A band like this have something to say, and some small but readable lyrics in the tape cover panel would have had me in the corner of my living room spending an extra twenty minutes diving in to find out what this band is about.

At the time of putting out this issue of DTL, there are still three variations of cassettes available at their BandCamp site.

If you need an excuse to get a tape player, you have found one here. Those of you who bought into tapes long time ago and never gave up, this one is for you.

Oh, and they also have a limited lathe cut 8″ square poly disk, for those of you who have turntables, and are even more adventurous than I. 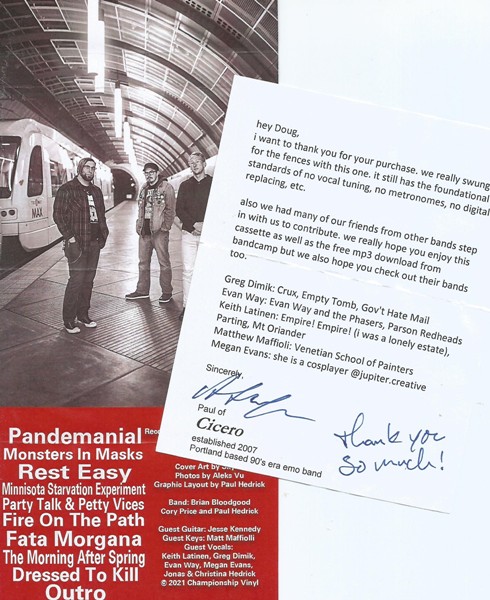