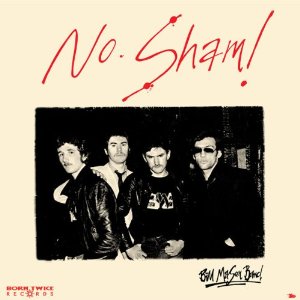 “Most Christian Music was 6 years behind secular music, the Bill Mason Band were only 6 months!” While many debate who the first true Christian punk rock band was, some point to the Bill Mason Band and their fairly obscure No Sham! album. Even though punk definitely got heavier in the 80s and 90s, BMB was exactly what punk rock sounded like in 1979: loud, gritty, authentic, snarly and full of attitude. You can hear The Ramones and The Clash all over Mason and company, sprinkled in with a healthy dose of pre-80s new wave. There is even a bit of reggae and funk here and there. Of course, No Sham! Quickly went out of print and became hard to find. Now it is finally seeing the light of digital day as part of Born Twice Record’s “Legends Remastered” series. Born Twice went all out bringing this lost classic back to life. The packaging and re-mastering are all stellar. The songs sound crisp and full, almost as if they were recorded last year in a modern studio. You even get a great write up of the band’s history by Mason himself and some rare live photos. If you are a fan of late 1970’s-era punk or even classic rock, this album is a must have for you.