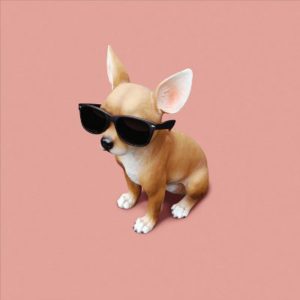 Lo Tom came from several cool bands: Pedro The Lion, Starflyer 59, and Velour 100 to name the obvious ones. The common element amongst them is they played Christian festivals and local shows together. After a couple decades, the musical comradery is thick and defies anything that could have been achieved if done from obligation or contract. To clarify just how connected Lo Tom is, check out this graph, made with the love of detail only a music geek could possible create: https://www.instagram.com/p/BUfTfvUFblV/. The pop art cover, which I think has to be a joke, was designed by Demon Hunter’s Ryan Clark.

The band made its entrance with TW Walsh and Jason Martin sharing music ideas online, then Bazan adding his voice to the riffage for a more elevated status. Bazan does not have to try hard to set a narrative in motion with his voice. He resonates deep tones, carrying more emotion than most seasoned singers. Trey’s drumming and Bazan’s bass set a solid foundation, and that gives the guitars a lot to work from.

Starting off is “Covered Wagon,” a tongue-in-cheek storyline on the realities of touring. It also features all minor chords except the last chord of the song (I’ll admit to hearing this on their KEXP live performance.) “Overboard” is up next, showing off a superb chorus hook. It sounds to be as a song that could have been on a Pedro album. It also strikes me as one person’s side of a conversation, with the listener as a fly on the wall, only able to hear the voice closest to you. “Bubblegum” is the heaviest number of the project. You would swear they tapped into the soul of Malcolm Young (AC/DC) for the guitars on this sweet track. Things slow down a bit for “Bad Luck Charm,” which features brooding guitar exchanges and a bass line reminiscent of what you would hear off of Winners Never Quit. The album ends on a passionate note with “Lower Down,” the lengthiest track, as well as Bazan’s most edgy singing.

In my estimation, Lo Tom have found a niche amongst the best that indie rock has to offer. The songs are played with seasoned precision yet sound as effortless as putting on your favourite walking shoe. There is not a throw away moment on the entire album. This debut project has the appearance of something serious as opposed to a one-off. Here is hoping, anyways.