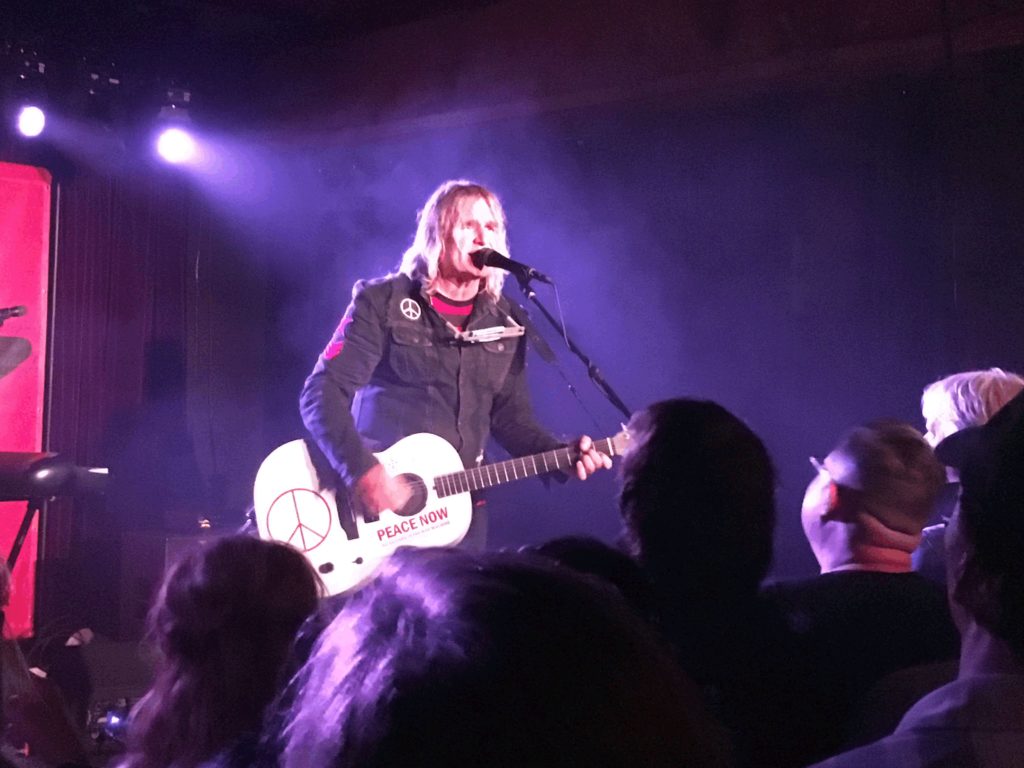 Before I write a review of the show, I want to share a bit about how much The Alarm has meant to me since the very first time I heard them and how much they still mean to me today. The first time I saw the video for “The Stand”, I was blown away! Acoustic guitars, harmonicas and an amazing song all delivered with the energy and passion that can only be expressed when rooted in true conviction. I was sold! I bought into what they were selling hook, line and sinker.

One thing that really drew me in was that I believed what they were singing about. I believed so much that at 18 years old I hitchhiked over 1000 miles, slept in parks and showed up dirty, scraggly and uninvited to introduce myself and say thanks. In retrospect, this  was a bit rude on my part but Mike and Jules were gracious and kind. My belief was confirmed, Mike was the real deal.

I’ve gone on to work in the music business and in radio for the last 25 years and have never met anyone who is as enthusiastic and as engaging as Mike Peters. So that being said, on with the show!

This was my third time seeing The Alarm. Twice now in New Orleans and once in Nashville. There was no opening act – who would want that job? Mike took the stage with an acoustic guitar, several harmonicas and a kick drum. Along with Mike, was James Stevenson on bass and guitar, Smiley on drums and for the encore Jules Peters on Keys.

They tore through a set of hits and favorites including “Sold Me Down The River,” “The Stand,” “Strength,” and “68 Guns”. The set-list relied mostly on songs from their first few records. They delivered these songs with grit, passion and energy and the crowd felt every bit of it as we sang along. Now that rock is getting older I’ve seen a lot of mature bands who just phone it in. The Alarm played with the energy and passion of bands half their age. As I said earlier, Mike Peters is the real deal whose passion is infectious on and off stage.

They are still on tour in the States for a little while longer. If you need a reason to believe in Rock and Roll again don’t miss this opportunity to see The Alarm.

(Mike Indest has worked in the music business and in radio for the past 25 years, is a Lutheran Chaplain, and has just released a music retrospective that  you can download for free at mikeindest.bandcamp.com.)