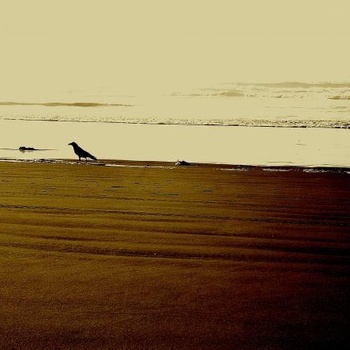 Joshua Lory and Matt Biggers are no strangers to Down the Line readers.  Both guys play on the latest LS Underground record and Josh is also one of the members of the upcoming Lifesavers project. In addition to Knott’s bands, both guys played in Soul Device. Josh has his project Western Grace; Matt has The Dark Reactions. The Bloody Strummers is another project that these guys have been working on for quite some time, and it is an absolute gem of a record! Return of the Halcyon Days is definitely one of my favorite albums that I heard back in 2011. This record has it all: elements of pure tripped out bluesy Americana, dense garage rocked out psychedelic and a hazy,  shoe gaze-y essence that totally molds the better parts of so many genres. It really comes out as a clean, excellently produced album that is just long enough, but really leaves me wanting just a little more. My favorite song is “Old Scratch Hangs His Hat.” It reminds me of Ian Astbury vocals powered through a smoky clang of cymbals and sludgy chugging bass line, topped off by guitar work that rings, winds and wraps the entire track in a glistening shimmer of sonic vibration. Biggers sings “Welcome to the party, welcome to the endless night”. “Old Scratch” has been my favorite from day one, but the runner up would have to be “Theme 2012” which starts out like this shoegaze spaced-out fuzz rock tune that continuously reenergizes itself into an almost hypnotic track of instrumental grandeur…yep, I think it really is that good! “Pirate Radio” is another favorite that sounds like Brian Jonestown Massacre channeling the Rolling Stones. I totally recommend listening to this through headphones so you can really hear the layers of sound and energy that pervade each track individually. This release was mixed and mastered by Masaki Liu who is an absolutely amazing at what he does. Stop by the bandcamp site and check this out, support great music and tell your friends.