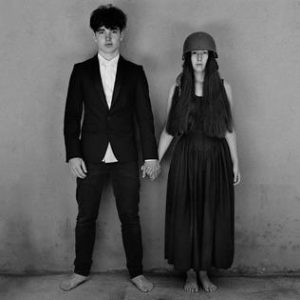 Let’s be honest here: most people had already decided whether or not they would like the new U2 album before they even heard it. You could have probably predicted who would have liked it and who would have hated it before they ever tweeted or posted on Facebook about it. Yes, I tend to like U2 albums, but it has always been a process. You see, I wasn’t sold on The Joshua Tree and Achtung Baby when I first heard them back in the day. But I kept hearing them so much that I came around to loving them as some of my favorite albums. So I have to look at each new U2 album as a process. I initially liked No Line on the Horizon but it kind of started falling apart the more I listened to it. I still like some of the songs, but I prefer to skip some of them as well. I initially didn’t know if I would like Songs of Innocence because of several songs, but after repeat listens, I love it as a whole album. Songs of Experience I liked initially, and that seems to be holding up after repeat listens… even though there are a couple of songs I could do without on it.

Of course, my initial appreciation may be because Songs of Experience is pretty much Songs of Innocence part 2. You could find someone that hasn’t heard either album, play both albums on a randomized playlist, and that person would probably not be able to tell you which album the songs came from without examining the lyrics. And even that is not a given. These two discs are basically parts 1 and 2 of one double album.

Songs of Experience opens with a more atmospheric moody piece called “Love is All We Have Left” – which is a bit different place than Songs of Innocence started off at: the lead single right out of the gate. While that will be hard for some that want the big hit up first, it still works nicely when listening to the whole album (even if it doesn’t really stand on its own as a song). This song leads into even more album set-up with “Lights of Home” – a song designed to build up to the singles, but still not quite a single itself. Still a great way to build a mood. This mood kicks into high gear with the first punch of the 1-2-3 knockout of the first half: “You’re the Best Thing About Me.” Probably one of the catchiest songs about a really sad topic (how people have to leave loved ones to work, serve, even live). I have heard this song playing on pop radio stations around town, and it works great as a killer single. Next up is another single “Get Out of Your Own Way” – a bit more down tempo than the last song, but still a great groove. This song ends with a spoken word modern take on the Beatitudes that leads to the fuzzy, nasty rock of “American Soul.” This song is pure, great driving music. It is technically a song built around the breakdown from “Volcano” off of Songs of Innocence (“You and I are rock and roll…”). Its a great song, but the break down in “Volcano” had a bit more punch. “Summer of Love” is a pretty song, but I wouldn’t miss it if it was gone. “Red Flag Day” takes a while to build up, but works a lot better once the full groove kicks in. It is one of those songs that you have to hear all the way through first to really appreciate, cause you have to know where it is going to like it. If that makes sense. “The Showman (Little More Better)” is U2 going being whimsical and romantic, almost like they did on “The Sweetest Thing.” “The Little Things That Give You Away” and “Landlady” are decent songs, but they feel a bit like filler to get to 13 songs. Why 13? Well, we’ll get to that in a second. What follows next seems to be everyone’s favorite song on the album, and I would agree. “The Blackout” is a snarling rocker that sounds like it could have been front and center on Achtung Baby. I would have honestly cut about 2-3 of the filler songs on this album and replaced them with songs like “The Blackout” or “American Soul” to give the album an over “feeling” of experience that is slightly lacking. “Love is Bigger Than Anything in Its Way” is another filler song. “13 (There is a Light)” is the 13th song, which I guess was important to end the album with that number (although I am not sure why). It is basically a reprise of “Song for Someone” off of Songs of Innocence with a new verse or two. It works well because the original is such a great song.

So in the end, I find Songs of Experience to be a mostly great album with some filler that I would probably skip. I actually like the build up songs at the beginning, but find some of the mood-building tracks at the end to be unnecessary. Overall, probably still a step behind Songs of Innocence for me, but still an overall enjoyable album to listen to. The experimental nature of many songs might turn off core fans, but we may be at the end of another experimental cycle by U2, and here is why I think that is so.

If you count albums with new songs on them like Rattle and Hum, U2 has been releasing albums in trilogies. Boy, October, and War was a trilogy of U2 discovering their sound. There was more experimentation on these albums, even while they were developing towards the classic U2 sound we all know. The Unforgettable Fire, The Joshua Tree, and Rattle and Hum was a trilogy of U2 perfecting their sound. These are the albums that pretty much define the classic U2 sound. Achtung Baby, Zooropa, and Pop was a trilogy of U2 deconstructing their sound. They went back to experimentation to find a new purpose for their music – and connected with an even bigger audience than their massive earlier one. All That You Can’t Leave Behind, How to Dismantle an Atomic Bomb, and 18 Singles (have to include this one if you include Rattle and Hum because of the new songs, and it works in my analogy) was a trilogy of U2 rediscovering their sound. The experimentation was decreased while they went back to the sounds that made them U2 (HtDaAB even stretched all the way back to their pre-Boy garage rock days on a few songs). No Line on the Horizon, Songs of Innocence, and Songs of Experience was a trilogy of U2 modernizing their sound, often in experimental ways. Of course, you could make a case that 18 Singles still doesn’t count as a trilogy album, and that NLotH is actually the close of the “rediscovering trilogy.” That would work, too – it straddles between rediscover and experimental. If that is the case, we are in for the last of the “modernizing trilogy” for the next album. However, if my analogy holds up, and we are due for another trilogy to start with the next album, then my prediction is that they stop the experimentation of the “modernizing trilogy” and go back to their roots in some way. Because there is also another pattern among the trilogies: an experimental trilogy, then a U2-sounding trilogy, an experimental trilogy, then a U2-sounding trilogy. If they just finished an experimental trilogy (and I think they have), then we are due for a more classic U2-sounding album.

We will see once they get around to a new album. I would welcome returning again to the classic U2 sound, as I am sure many fans would as well.